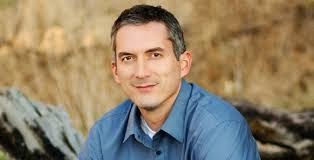 James Dashner is the author of the Maze Runner, recently released as a film by Twentieth Century Fox. His other works include The Eye of Minds and The 13th Reality.

A favorite thing before being published was going to conferences like this one to hear other writers' stories.

James has always loved stories, and writing them, even though they were really bad. He also read like crazy: Charlotte's Web, Hardy Boys, James and the Giant Peach. James studied accounting in college, but he still dreamed of being a writer and he wrote his first novel. 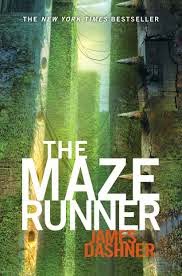 A small publisher published his first books and because of them he was able to connect with writers and agents. He then wrote the Maze Runner and it was rejected across the board. But he didn't quit. He went on to write The 13th Reality, again to a small publisher. After, he took out the Maze Runner again, rewrote it, and sent it to his now agent. It sold!

The Maze Runner has now been published in many foreign markets, and Twentieth Century Fox made the movie.

James has a stack of 30 or 40 rejections, most belonging to the Maze Runner. His successes are a combination of sticking with it, not giving up, but he admits he also had some really lucky breaks. If you quit you don't give yourself the chance to get those lucky breaks.

"You have no idea how thankful I am every day that I didn't give up."