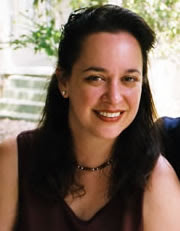 Cynthia Leitich Smith is the New York Times and Publishers Weekly best-selling, award-winning YA author of the Tantalize series, the Feral trilogy and several acclaimed children’s books. She was named a Writer of the Year by Wordcraft Circle of Native Writers and Storytellers in recognition of Rain Is Not My Indian Name. Cynthia is on the faculty of the VCFA MFA program in Writing for Children and Young Adults. She also serves on the advisory board of We Need Diverse Books. The Austin chapter of SCBWI has instituted the Cynthia Leitich Smith Mentor Award in her honor. Visit www.cynthialeitichsmith.com and www.cynthialeitichsmith.blogspot.com

Cynthia speaks of starting to do social media, and how her web presence in the early days (1999!) was a response to a larger cultural misperception of native people not being modern -- her being cutting edge helped reshape that to prove native people like her are "people of now."

She shouts out to Debbie Ridpath Ohi (http://inkygirl.com, @inkyelbows) as an author/illustrator who's doing a great job with social media -- offering both a tremendous resource for others and examples of her illustrations.

She also shares the example of YA authors Cori McCarthy and Amy Rose Capetta starting the Rainbow Boxes project to donate books with LGBTQIA characters to one community library and one homeless shelter in every state in the USA. We too can start a project related to a larger conversation, with a positive tangible end, and be involved in social media in that way.

Cynthia asks us to consider:

What do we have to offer, what's our unique point of view to share, and how can we share it in a way that's enjoyable?


The panel also covers platforms (you don't have to be on everything), time on social media (and tips for limiting it), not obsessing about the numbers, the professional/personal line, how social media can help you find community, how having a social media presence involves a lot of listening, and so much more!

Cynthia tells us about losing followers when she's featured certain subjects on her blog. And how that's okay. One example: she featured -- in 2016 -- a series on LGBTQ YA, she signal-boosted it with an ad on Facebook, and she noticed that 35 people stopped following her within a half-hour of the post going up. Her response? A strong "I. Don't. Care."

Her space. Her rules.

Similarly, social media can be your space.
Posted by Lee Wind, M.Ed. at 2:17 PM