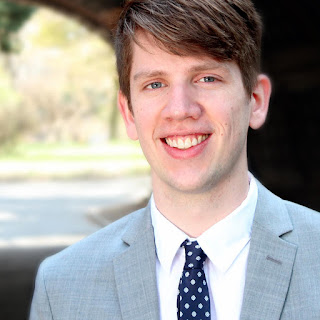 Andrew Harwell is Senior Editor at HarperCollins Children’s Books, where he focuses on middle grade and young adult fiction and works with such authors as Noelle Stevenson, Adam Silvera, Madeleine Roux, Dan Gutman and more. He's also the author of the middle grade novel, The Spider Ring.

Andrew speaks about being on the #WeNeedDiverseBooks Walter Dean Myers Grant judging committee, about how the industry is recognizing the importance of sensitivity readers, and the desire for stories from writers of marginalized backgrounds.

He points out that a number of winners of the American Library Association awards in 2016 were already bestsellers, telling us the takeaway lesson -- MG and YA readers are very discerning, so we each need to write the best book possible.

There's a vast space between second grade and sixth grade, between Captain Underpants and The Golden Compass and how they're both "middle grade.

Andrew tells us about publishing the Nimona graphic novel, and how when he acquired it, a few chapters were already online as a serialized web comic. They noticed that it was getting more readers every week, and decided to have the author/illustrator, Noelle Stevenson, continue to post the story as the book advanced the two years towards publication. Noelle ultimately posted the entire book online, building an audience all the way. When it was available for presale, readers were excited and the response was HUGE. Yes, they'd read lots of of it online. And yes, they "still wanted to own it."

He shares about recently acquiring a few graphic novels by creators who are people of color, and one from a creator who is queer, and how encouraging it was to have so much support from his colleagues at HarperCollins.