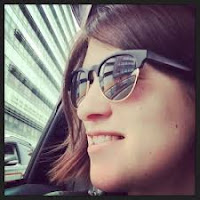 Kat Brzozowski is an editor at Swoon Reads/Feiwel & Friends. She acquires YA for Feiwel & Friends and edits crowdsourced YA manuscripts for Swoon Reads. Previously, she was an editor at Thomas Dunne Books, a division of St. Martin’s Press. She has worked on a wide range of young adult fiction, including Anna-Marie McLemore's When the Moon was Ours, which was longlisted for a National Book Award, and the new Fear Street books in R.L. Stine’s best-selling series, which has sold over eighty million copies worldwide.

Kat starts her talk by sharing some romance writing basics:


You need tension between your characters, things can't just be easy, and you can't throw in an easy obstacle. Odds are if a character sees somebody cute on the first page, they are going to fall for each other, and we do love that familiar beginning, but you still need to insert real obstacles. 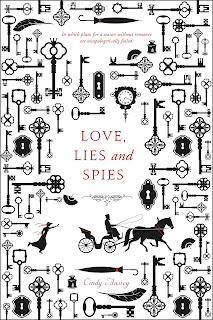 Examples of good obstacles include: Families at odds; different social or economic classes; past heart breaks that are impeding current relationships; different priorities and goals or values (college bound or not for example). What hangs in the balance if they do or don't get together? The whole world ending or just their relationship?
You can't just have romantic longing in a story, Kat says, there needs to be actions that unfold in the book that the romance is tied up in. What sacrifices or changes are they going to make to stay or begin that relationship?

The emotional states of the characters will also need to change from beginning to end, and you'll need to be able to describe physical attraction appropriate to your audience's age.

Kat has us read some meet cute scenes from two books, Kim Karalius's LOVE CHARMS AND OTHER DISASTERS and Cindy Ansley's LOVE, LIES, AND SPIES.
The group discusses the similarities and differences between the two scenes, and then Kat invites everyone to take a setting and a meet cute prompt which she's provided and do some hands on writing. 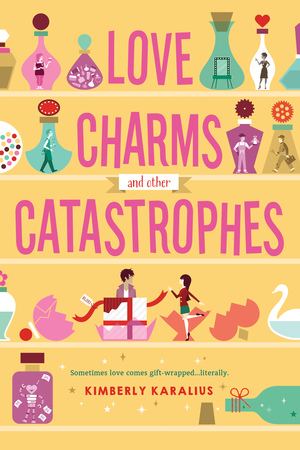 Posted by Jaime Temairik at 9:26 AM