Regina Brooks, CEO of Serendipity Literary Agency and former aerospace engineer, starts off this panel assuring folks that you "don't necessarily need to have an English major" to be successful in the publishing field.  She's says she's "definitively an editorial agent" and enjoys bringing folks from other industries into publishing as she has done. Looking through the authors in her lineup, Brooks believes what makes a book successful is collaboration. Authors and Illustrators collaborating throughout the "entire life cycle of a book" is incredibly important. This collaboration does not only help the story expand itself but also extends "better storytelling about the book after the book is published." 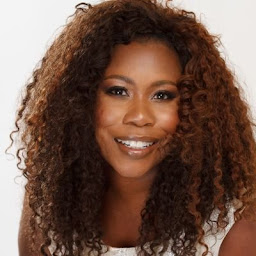 She cites examples such as I am Every Good Thing team Derrick Barnes and Gordon C. James, Lubaya's Quiet Roar team Marilyn Nelson and Philemona Williamson who all would meet in their respective illustrators studios to collaborate. Another important thing for Brooks is the trans-media potential of manuscripts. She is always looking for "what other experiences" can be expanded in work. She's working closely with YouTube, other social media professionals, the Calm app, and even orchestras to further share her clients' stories. She tells about a new book coming out soon about the sculptor Augusta Savage and how it will also become a traveling art exhibit! This comes back to the collaboration that Brooks spoke about before, she also values this relationship between agents.

Brooks believes it is critical to look at a book across mediums. The industry right now is very tied to cultural moments and how books are acquired are driven by the need in the market. A couple years ago narrative histories or graphic novels weren't heavily acquired but now the market is wanting more. For illustrators, Brooks suggests looking at their work through a historical lens. Here she cites Crown An Ode to the Fresh Cut illustrator Gordon C. James who structured the style used in the book after 3 distinct pieces to break down stroke, tone, and palette. She also recommends making your work "fresh." Whether that be through merging several formal formats or shifting lengths, these changes have made for successful stories.

Once asked on accessibility initiatives within her agency, Brooks responds that her agents participate in Twitter campaigns as well as leading their own Twitter campaign on NaNoWriMo. She is more focused on the execution of material rather than the similarity of themes in her roster and doesn't mind having the same themes as long as the execution is done well. On illustrators struggle to find agents she agrees with Linda Camacho that websites are critical as well as reminding that "Instagram is always being sourced for artists." To replace the previously in person tours for this years published books she finds that "mini commercials" through streaming services and social media have been great additions to virtual events. Brooks reminds folks to work with their community to "allow them to help the discover-ability of your books." She states that authors who are a good fit for her usually follow "the three C's;" chemistry, similar communication styles, and be willing to build connections to collaborate.  She smiles and reminds folks,"to be successful, you have to be willing to not have fear or work with your fear."

Posted by Gabrielle Rodriguez at 4:29 PM