The realest thing I saw at the SCBWI Summer Spectacular conference was Brooks Sherman wrangling a new baby. In that moment, I realized Brooks was an ordinary person and not that superman I see online. Superman? Yes, I said what I said. To me, he is a super agent. This is the literary agent who fought and advocated for a book inspired by the Black Lives Matter movement in a time when people fail to acknowledge that police brutality was a problem. 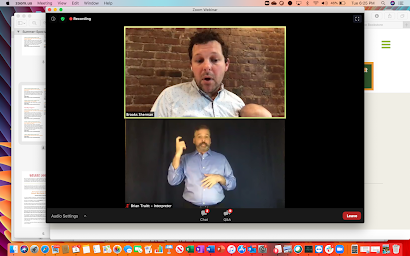 In addition to becoming a new father, he will be celebrating ten years in publishing since the day he started as an intern in the industry. He found his way into publishing after feeling burned out in the entertainment industry and wanted to be a writer. He loves working on stories; but realized he loved working with writers and illustrators more. So he traded in his craft books for contracts and decided he would represent writers and illustrators. He is an agent at Janklow & Nesbit Associates with agencies in New York and London. He represents picture book, middle grade, young adult fiction, and NO chapter books. Also, on the adults side, he's always looking for fantasy, science-fiction, and nonfiction. 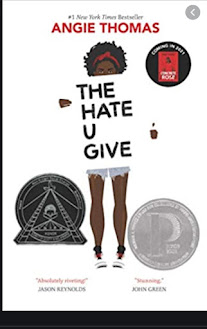 Brooks wants us to know that he is an editorial agent. He likes to work with the author to get their manuscript ready for submission.

So what gets Brooks attention from the thousands of manuscripts that hit his inbox? Brooks stated that writers should, "Look at the world around you when writing your story line." He went on to say that writers should make their "characters and storyline relatable to readers." Readers relate to what we write - environment, plot, and identity make readers connect in many ways. "Also, it should feel relevant to that moment," said Brooks Sherman.

Brooks advice to writers, "Whatever story you write today will not be published for another two years...What are the conflicts driving the moment, driving your story?" Also, he wanted us to keep this in mind. "Don't look to the effect. Look to the cause when writing your story." Your story can stand out if you write it. Do not worry about writing something that already exists. Put your spin on it and make it stand out. "There are no new or original story, only new ways to write that story," Brooks said. Yes, Mr. Sherman.

I remember sharing with some writers that when I was a teacher, I would put twenty words on the board and encourage students to create stories using all the words. The stories were so different, but yet, they all have the same words. So thanks for this advice. We cannot talk about great storytelling and writing and not mention Alexis Henderson's novel, THE YEAR OF THE WITCHING. Brooks noted that this book was so compelling and special that he pitched it to both the YA market and the adult market. It is a book that delves into race, intersectional feminism, and a bi-racial character. In a time when we are advocating for more diverse representation, this book was amazing because the author created a book not only for the moment, but to me, for the movement as well. 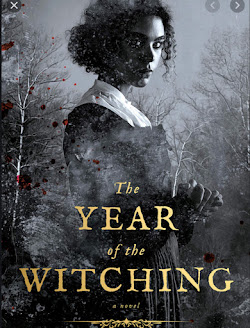 So what should we write? Brooks had suggestions...
...YA market is saturated. It is still selling, but not a gold rush. Focus on making your book STAND OUT, than FITTING IN. (I love this.)

...Middle Grade/MG - lot of emphasis on "Creepy MG" or horror. Write it. Don't worry about the market. just write. According to Brooks, "Publishers realize they were sleeping on this format."

..."Generally speaking, first chapter exist to establish protagonists status quo." In other words, by the close of chapter one, something changes for the character.

...Best advice from Brooks. MAKE ALL YOUR CHARACTERS 3-DIMENSIONAL. WHAT ARE THEIR DRIVES AND DESIRES? NEEDS AND WANTS?" Show this to the reader through your writing.

...Graphic Novel market is booming. Publishers realize they were sleeping on this format.

So if you are in the querying trenches, check out @Byobrooks on Twitter. By the way, he is now open for queries.
Posted by Bingham Writes For Kids at 4:29 PM