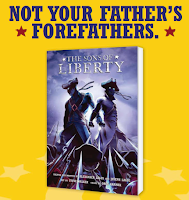 I caught the last half of Nick Eliopulos's Saturday breakout session on graphic novels. He was giving advice to the illustrators in the room about taking advantage of the Artist Alleys at comics conventions and recommended putting examples of your work (or even story segments) on the web (like Raina Telegmeier's SMILE or Jeff Kinney's DIARY OF A WIMPY KID.)

When asked what makes a good graphic novel, Nick said it's the same elements that make a good non-graphic novel: plot, character, and voice.

"Graphic novels are a medium that can accommodate any genre you can imagine. The sky's the limit."

"Lots of book to graphic novel adaptations happening now, some of it's cynical, but some, like CITY OF EMBER, are great choices."

One title Nick is excited about is PANDEMONIUM a graphic novel by Chris Wooding, an established British SF/YA author with art by a US artist, Cassandra Diaz. Nick says, "It's basically a prince and the pauper type story. Genuinely funny, great love interest, but everyone seems to have horns and bat wings. Hopefully out in Fall '11."

Nick hopes the current practice of how graphic novels are shelved will change, "This isn't a genre, it's a format."

One of Nick's first graphic novel projects was SONS OF LIBERTY, a serialized historical fiction/fantasy that fits Nick's acquisition wish list—high concept guy book. The first is out and the second in the series should be out this fall.

Questions from the audience included: 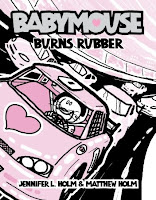 What does a graphic novel submission package include and/or look like?
While there's nothing set in stone, Nick said it would be helpful to have: some sample artwork (5 to 20 pages,) the whole manuscript set up as a script (using software that Hollywood screenwriters use (like FinalDraft) or look to Marvel for script samples.) And within your script, you'll want to call out page and panel breaks as well as scenery changes.)
Posted by Jaime Temairik at 8:56 AM