Jean Feiwel: Children's Publishing Now and in the Near Future panel 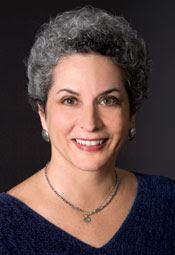 Jean Feiwel is a senior vice president and publisher at Macmillan Children's Publishing Group, where her eponymous imprint has published wonderful books such as Marissa Meyer's Lunar Chronicles Series.

She also oversees Squarefish, Swoon Reads, and Henry Holt. (Macmillan has nine imprints in all, including one called Imprint—ha!)

Her career in publishing is incredibly distinguished: at Scholastic she invented the Baby-Sitter's Club series, and published Goosebumps, Animorphs, Harry Potter and other blockbuster series.

And it's not just novels; the picture book On the Night You Were Born by Nancy Tillman was the first title she published at her imprint, and more than 3.5 million copies are in print.

She was one of five editors featured on a panel about publishing and its future.

At Macmillan, the company compiled imprints that had all been independent. "The decision was made to create what I call the Star Wars Alliance," Jean said. This unified their sales and marketing and retained the individuality of the imprints. As a result, their net business has grown 70 percent. 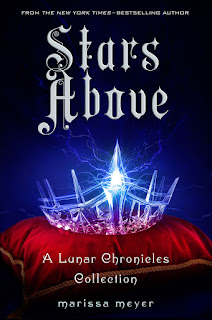 "Slow and steady wins the race. It's pressure, but it's not the kind of pressure that's a carrot on a stick getting higher and further away."

Jean described different kinds of excitement. One is when you place a big bet on something—as she did with Marissa Meyer's Lunar Chronicles. It's the No. 1 bestselling series on the NYT list this week.

There are other kinds of risks—like a book called MY BIG FAT ZOMBIE GOLDFISH. "It's whizzing along nicely."

She loves being able to build things from the ground up. Risk-taking and developing new ideas is the hallmark of what Macmillan loves to do, she said.

She urged writers to do what they do best, and do it well. Stick to it and believe in it. It's not about trying to write to a trend.

Starting a crowdsourced imprint, Swoon Books, let her see a broader variety of manuscripts than agents were sending (they were too swamped for a slush pile). Seeing a range of submissions and mining self-published work is interesting and useful for publishers.