Gary Schmidt keynote: The Bombers of the Boston Marathon, and the Planes of 9/11--and How Anthony Wished They Would

The last time Gary was here, he found out his back was bleeding just before he went on stage. Today, he's wearing a dark shirt—just in case.

He started by noting how wonderful it is to gather like this with other writers and illustrators, who generally work alone. "To be with each other is really quite an amazing gift, isn't it?"

Children's writers have the same mission. "We all do our best work for kids. That's why we get along so well." 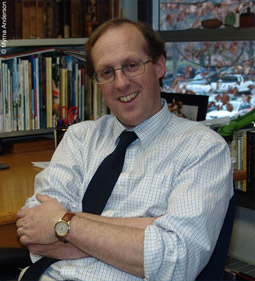 The writers that he really admires—the writer that he hopes to be—is not just someone who displays the pyrotechnics of class, but the writer who shows up. "The writer who sits down on the log and tells me a story and so everything is different."

Gary comes from a writerly family. His uncle Bradford Ernest Smith wrote "Captain Kangaroo." "Do you know what cachet that has in first grade? Amazing!"

When a character on that show, Mr. Green Jeans, passed away, Captain Kangaroo didn't replace the man. He showed up instead next to the viewer. "He sat on the log. He told us the world is terribly broken."

"He was saying that despite the brokenness of this world, the world is so beautiful."

Gary, who teaches writing each week at a maximum security prison, told us several stories about people whose stories have touched him. One of the writers he volunteers with, Anthony, was 10 years old on 9/11. Now serving a life sentence, Anthony made two drug deals that morning, returns to his apartment, and saw the first plane hit the tower. He went outside to see if there was a plane about to hit his building. "I wished it would," he wrote. "It would have done me a favor."

Empathy was at the heart of his talk. "What ails thee" is a deep question from one heart to another, a question of human empathy. And that's what writers ask their characters and shows their readers.

We also write "to express the understanding that human beings are creatures of great complexity," he said. "Story insists on human complexity and multidimensionality. With story, we live literally in the tangles of our minds."

Posted by Martha Brockenbrough at 10:07 AM