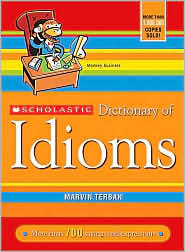 Marvin Terban, a gallant humor-panel replacement for Douglas Florian, has been associated with the SCBWI when it was just S, he says. He's written 35 books for kids about the English language, and is known as Mr. English for Kids. Booklist called him a Master of Children's Wordplay.

He started his panel with a question: What makes something that you write funny, and what makes you funny?

You don't have a funny persona, he says. Once he figured out he wasn't going to make his fortune based on his face, he decided to be funny.

Woody Allen cast Marvin in seven movies based on recommendation from Mia Farrow's kids. His wife's uncle is Henny Youngman. Neither Woody nor Henny was funny in person, but both are when performing and/or writing.

He recommends his book FUNNY YOU SHOULD ASK for aspiring humor writers. And he recommends it again. And again.

Some things that make jokes funny:
He told us a story about being near an Egyptian bus accident that killed eight people, and noticed how, not long after the wreck, the survivors were gathered around in a circle, telling funny stories. "Laughter can take us, hours after a tragedy, and lift our spirits."

He encouraged us all to put humor in our books, even the really serious ones. (Gosh, if only someone had written a book about humor writing--that would be the one thing that would have made his presentation feel complete.) 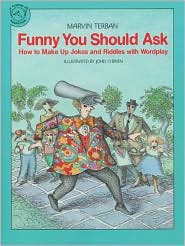 Posted by Martha Brockenbrough at 7:51 AM