﻿
﻿
Cartoonist, playwright, screenwriter and children’s book author/illustrator Jules Feiffer has had a remarkable creative career turning contemporary urban anxiety into witty and revealing commentary for over fifty years. He won a Pulitzer Prize and a George Polk Award for his cartoons; an Obie for his plays; an Academy Award for the animation of his cartoon satire, Munro; and Lifetime Achievement Awards from the Writers Guild of America and the National Cartoonist Society. Feiffer has taught at the Yale School of Drama, Northwestern University, Dartmouth, and presently at Stony Brook Southampton College. He recently collaborated with Norton Juster (THE PHANTOM TOLLBOOTH) on a new children's book, THE ODIOUS OGRE.

Children's books is a field Jules never intended to enter. He talked about when Ursula Nordstrom introduced him to "a kid named Sendak." He looked at his work, and said, "Well, I think I'll be a political cartoonist. He met Norton Juster 50+ years ago after they both got out of the service. They became roommates and  PHANTOM TOLLBOOTH sort of happened. He didn't think of it as a career move. Every illustration in the book was drawn on tracing paper (as a moving saving tactic) and most of them no longer exist. "Norton neglected to tell me he was writing a classic." 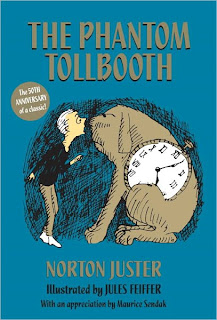 Fifty years later, the worked together on TH﻿E ODIOUS OGRE. "Everyone who illustrated for children wants the chance to draw an ogre. I wanted to draw the biggest ogre in the history of children's books. I wanted the readers to feel the weight of him." He said he learned it's important to not just get a physical resemblance of a character, but a physical feel of him, his body language. "It's all about the movement on the page," he says. (Check out the ogre drawings in the book, and you'll see just what he means.) 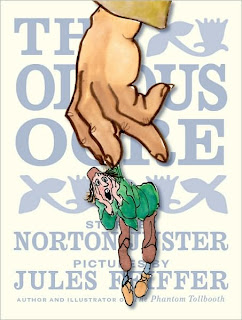 He says he approaches illustration fully entertaining the prospect of failure and making it work for him. It's always about trying to go through the back door, and have the reader come up onto the stage. "I don't want my readers just to react to my work--I want to make them think; I want to make them feel."

Jules wrote a memoir, BACKING INTO FORWARD (Doubleday), which relates how persistent failure inspired him to reinvent himself as an artist over and over. (Note to conference-goers--I'ts available in the conference bookstore.) 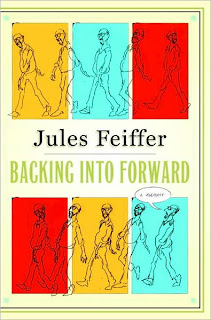 A few other books by Jules Feiffer... 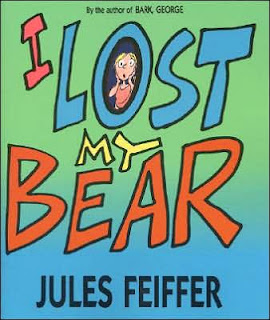 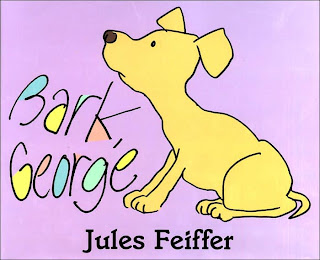 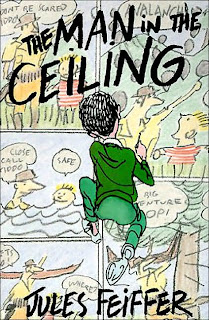