Rosemary Brosnan is executive editor of HarperCollins Children's Books, where she publishes mostly fiction for middle-graders and teens.  She publishes Neil Gaiman, Lauren Oliver, Gail Carson Levine, Rita Williams-Garcia and many more - writers who have won LOTS of awards and are all over the New York Times bestseller lists.  Which makes sense as she explains to us that her sweet spot is between literary and commercial (which she explains as literary being well-written with well-rounded characters, and commercial being a story with wide appeal.)

But even though she continues to publish her established authors (working with one author for 26 years so far!) she explains that

"Editors are dying to find new authors - it's the lifeblood of the business."


She's telling us about a few of her debut authors and sharing about (and reading sections from) some of the books she's published - explaining to us and showing us what's she's acquired (mainly MG and YA) and why she acquired it.

Two of the debuts she shares are:

"The Vengekeep Prophecies" by Brian Farrey 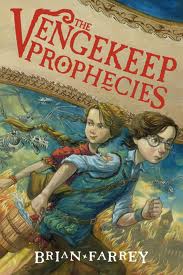 "The Cabinet of Earths" by Anne Nesbet 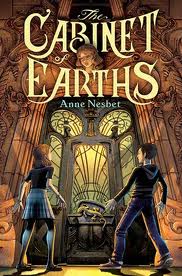 Rosemary reminds us that publishing is really subjective, saying that she often sees on the Publishers Lunch list of weekly recent sales books that she herself declined.  If your manuscript is rejected, it doesn't mean it's not good, it just doesn't fit their list.

She shares some craft book recommendations and talks about the importance of discipline, telling us that Lauren Oliver wrote "Before I Fall" on her blackberry while riding the subway between jobs and school!

Andrea Martin worked in sales at the publisher for three years, then became an editorial assistant three years ago.  She's now an Associate Editor working with Rosemary, and is building her own list.

Andrea shares about how their editorial team works together, giving the example of "The Wig in the Window," a middle grade mystery by Kristin Kittscher. 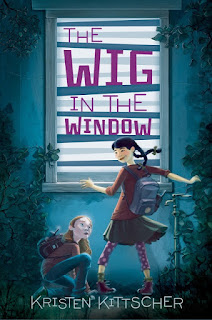 Andrea defines voice as being like a person who has charisma, and you just want to spend more time with them.  She also shares about some of the books she's acquired and why.

Rosemary and Andrea answer questions from the attendees, covering the difference between the level of hands-on editing in children's lit versus adult lit, finding self-published authors, covers, the future of short stories, submitting a friend's illustrations with your manuscript (don't do it), writing in a native language if it's not English, first person narration, the challenge of being a mid-list author, and much more.

But the most touching moment of the session was when Rosemary called out one of the attendees - Courtney Stevens (the ARA from Mid-South!),who was standing against the wall listening - and spoke about acquiring HER debut novel, "Faking Normal," telling us how she loved it so much, bought it in a pre-empt, and is so excited about the book coming out and the author's career ahead.

A lovely moment of SCBWI success.