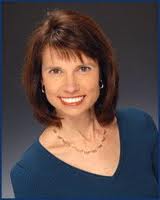 Margaret Peterson Haddix is an award-winning author of more than thirty books for kids.

Margaret takes the stage in such a vibrant manner, opening with, "Someday I'll be able to say, 'I once opened for Julie Andrews." (Julie Andrews will give the next keynote.) Pretty cool.

"You don't get to be an author without a certain amount of persistence."

Margaret questions what the doomsday-ers might have said when storytellers decided to write the story down, or when the printing press came about.

"Kids need our stories. I think that it's hardwired into all of us...Kids need stories to help them be empathetic to others...It's the stories themselves that matter, not the manner in which they read them."

"Kids are trying to make sense of the world, and they use stories to do it."

Margaret used to tell her daughter stories, reminiscing, and telling her events from her own childhood. During one rambling story, her daughter became quite angry with her and yelled at her mom to get to, "and then one day."It took Margaret a while to realize what her daughter was screaming for was plot.

When Margaret starts to think she's going on too long in a scene, she asks herself if what she's writing matters, and her internal editor starts telling her to get to the and then one day.

She worries about people who are asked, "When are going to write a real book?" at a vulnerable time in their writing life. What if some books have not been written because a writer's confidence was taken away by the question? 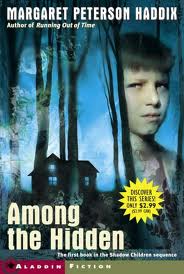 When looking back at books that mattered to her as a child, Margaret asked what it was about those books that made them so great. Those were the elements she wanted in her own books. Those books had:


Making this list helped Margaret know what she wanted in her own work.

When revising it's not a bad idea to imagine the reluctant and picky reader that might be looking for any reason to put your book down. "You want your book to be so great that even the most finicky reader will eat it up."

"Fail big if you have to, but go try trying."