Moderated by Lin Oliver, the panelists discuss what they're publishing and why, and then answer some audience questions.

Kandace is looking for "strong female protagonists...unapologetic women who have been overlooked by history" but "whose contributions to society cannot be ignored."

Kandace speaks of POC and native creators and other underrepresented communities, and how Lee & Low's New Voices contest has for the last 20 years worked to create a path to publication for those creators and stories. (One of her responsibilities now is to read the hundreds of submissions that come in for the contest.) 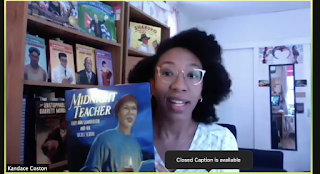 She discusses the demand for greater diversity, and how "writing nonfiction can become a form of activism."

She recalls watching Hidden Figures in the movie theater, and the impact the true story of a brilliant group of Black women mathematicians might have had on her if she'd seen it as a young person.

Nonfiction is "an opportunity to break stereotypes... and the story of how our country is more multifaceted than we know." 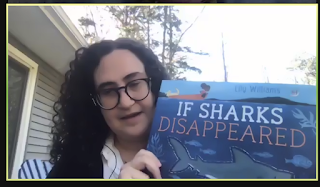 If Sharks Disappeared is a series that started as an infographic that Emily saw online, and then contacted the illustrator.

She cautions that she doesn't do a lot of picture book biographies as they can seem "wikipedia-ish," but then speaks of "Secret Engineer: How Emily Roebling Built the Brooklyn Bridge" as an example of how to do it right.

For older readers, she encourages playing with how a story is told, like the transcripts of sourced quotes in “Bringing Down a President: The Watergate Scandal.”

Emily says her goal with nonfiction is

"To give young readers the tools they need to be part of the conversation... To impart knowledge in way that sticks."

Carol is looking for “books that spark my curiosity, and that I think will spark the curiosity of parents, educators, and most of all, young people.” 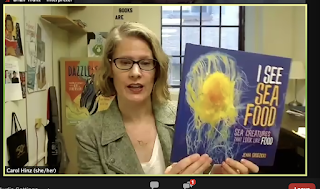 Carol shares categories and titles she publishes, including picture books that address science concepts in fresh ways, topics that may be be unexpected or "difficult," and middle grade nonfiction picture books on environmental themes (especially highlighting scientists of color and underrepresented backgrounds.)

She mentions science literacy, saying "the pandemic has made it clear what a poor job we've done with this in the US." She would love to see some novel approaches to help young people become more scientifically literate.

Overall, Carol says that about nonfiction, she loves "just how much is possible, in terms of topics and approaches," with Point of View and voice. 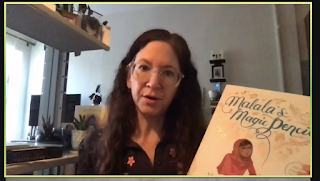 Farrin discusses how Malala's story lent itself to spinning off to other formats, taking an anecdote from Malala's autobiography and making a picture book, and now even a chapter book.

She speaks about how if its not a "big person with a big platform" then they're "looking for a story that will be picked up" for things like all-school reads and state lists and "have that long tail."

It's "all about stories and characters," and she talks about big idea books, and telling underserved stories.

Farrin says, "we're reaching readers when they're still developing" so she wants stories that help develop empathy, with "characters who feel and think."

With nonfiction, Melissa tells us that "you can do so many things." 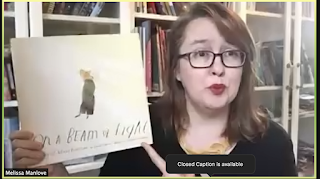 Sydnee explains that she's "Focused on publishing subversive, entertaining narratives" and especially the stories of Black, Indigenous and Queer people. 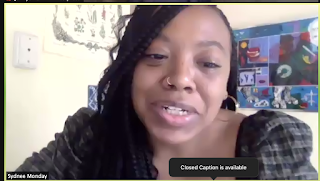 She speaks of self-sufficient marginalized communities, and using her list to celebrate underrepresented subjects and audiences. She's looking, in particular, for YA nonfiction.

Thanks to all the editors!