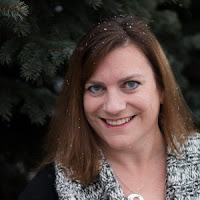 Kate is the founder of her eponymous agency, KT Literary, established 2008, but she's been in publishing in various roles for 21 years! KTL began as just Kate and her dog in a basement, but now she has above ground access and five non-canine associates. She personally reps mostly middle grade and YA, authors you love like Maureen Johnson and Stephanie Perkins.

Kate wants to fall in love with a character when reading a submission. She love the MG-YA  zone because it's where a person decides to become a lifelong reader if they've had access to awesome books.

Lin asks them how they work by describing a case study:

Kate talks about Matthew Cody's PEDDLER'S ROAD, a trilogy based around the Pied Piper folktale. She met Matt before she was an agent, they were playing D&D together and then were in a critique group together. When Kate transferred from wanting to write to wanting to edit and rep, Matt was one of the first authors she signed.

What did she love about this first book? The book is grounded in a real sibling relationship, but has the fantastical, nerdy elements she loves of D&Desque creatures.

Lin asks how they were able to get a trilogy sold? Kate says this was the 3rd deal after two successful two-book deals for Matt with his editor for initially stand-alone books. Kate says your first deal has probably got to be a stand alone book, and from there you've got to prove success to garner multi-title or series deals.

What it is like to work with KT Literary:  "When we build the relationship we want to build with you, it's more than just agent/client, it's a partnership."

Kate wants to fill in the gaps, if as editor/babysitter/photographer/counselor, Kate only does well when her authors are doing well.
Posted by Jaime Temairik at 11:33 AM