Quote Highlights from the 2019 Golden Kite Awards Presentation at #NY19SCBWI 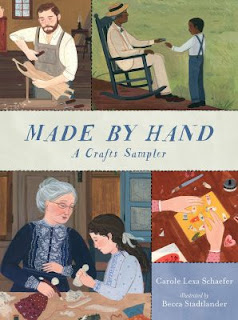 “I really hope that what I'm doing is doing right by the author and doing right by the kids that will read the book... It's so wonderful to be here tonight... It's such an honor.”
—Becca Stadtlander, winner of the Golden Kite Award for Picture Book Illustration for “Made By Hand: a Crafts Sampler” 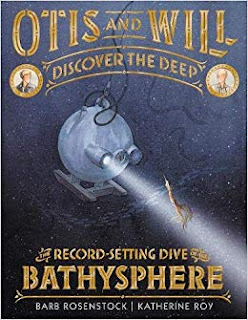 “Your enthusiasm for the process, not just the results, made me uncomfortable in the best possible way... Thank you, SCBWI...who deserves a creative life? We all do.”
—Barb Rosenstock, winner of the Golden Kite Award for Nonfiction for Younger Readers for “Otis and Will Discover the Deep” 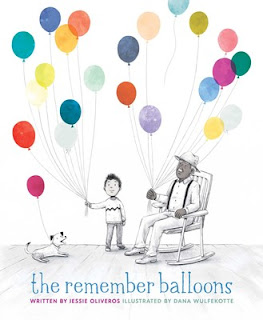 “That I should receive an award like this is beyond my wildest dreams... For many years, while trying to get published, I searched for the perfect story and the perfect way to tell it..." and she tells us that the inspiration for this story was in front of her—the Alzheimer's journey of her own grandfather. And then Jessie dedicates this award to her grandmother, and to all the caretakers for Alzheimer's patients dealing with their loved ones losing the balloons that hold their memories, too.
—Jessie Oliveros, winner of the Golden Kite Award for Picture Book Text for “The Remember Balloons” 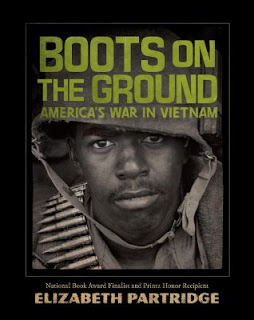 “You probably won't be surprised that this book took me six years to write. It was a journey... There are amazing stories of bravery from both veterans and refugees in a war... It was finally time for them to share their stories, not just with me, but with everyone who reads this book.”
—Elizabeth Partridge, winner of the Golden Kite Award for Nonfiction for Older Readers for “Boots on the Ground: America's War in Vietnam” 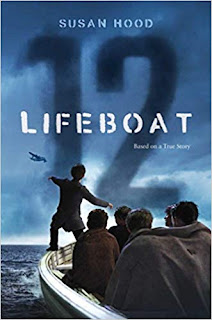 Because he was a reader, “13 year old Ken Sparks literally saved everyone on board...” Susan speaks of her decision to write her first middle grade novel as a historical fiction novel in verse, and says “I see all that white space as cushioning” for the hard stuff.
—Susan Hood, winner of the Golden Kite Award for Middle Grade Fiction for “Lifeboat 12” 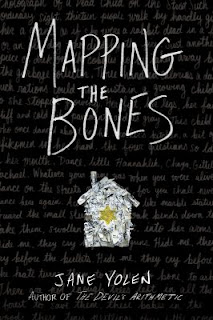 “Sometimes these awards make you think that you're at your own funeral... [laughter] I checked... I had won the Golden Kite Awards [once before], back in 1975.” And with 365 books published, Jane tells us that this one was “Probably the most difficult book I've ever written.” Her third Holocaust novel, she considers why it took her four-and-a-half years to write. She tells us the many titles of the manuscript before it was finally named Mapping the Bones, a great title, and shares the lesson: “Bookmaking is collegial, not adversarial."
—Jane Yolen, winner of the Golden Kite Award for Young Adult Fiction for “Mapping the Bones” 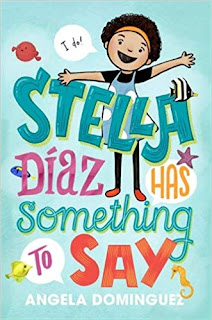 “I became a member [of SCBWI] in 2008... and I've been an advocate for it ever since.” Angela tells us about the career opportunities that came about from her attending SCBWI conferences, and how Stella Díaz Has Something To Say is “82.9% based on my own life”—and started out as a failed picture book. "I hope through reading Stella, kids will learn that introverts” have a fully-realized life bottled up inside them. Her final thanks is to her mother who encouraged her to write, and told her she was funny... the perfect set-up for Angela's acceptance speech punch line: “And now I have proof!”
—Angela Dominguez, winner of the Sid Fleischman Humor Award for “Stella Diaz Has Something to Say”
Posted by Lee Wind, M.Ed. at 6:11 PM