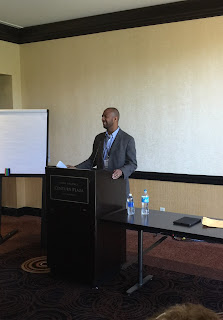 Varian Johnson is the author of both middle grade and young adult novels, including THE GREAT GREEN HEIST, an ALA Notable Children's Selection.


Varian mentions that we often times don't even know we are using metaphor, it's ingrained into our psyche.

In writing, the tone of the metaphor must fit the style of the work. You can't use a metaphor that either the reader of the book or the character in the book couldn't understand.  For example, a medieval character couldn't reference something contemporary.


Some rules for extended metaphor:

1. The metaphor should be established early.

2. The metaphor should build upon itself.

4. It should carry through the entire piece.

Varian shared several examples of books that use extended metaphor.

In Marcus Zusak's GETTING THE GIRL, Zusak uses words to create an implied metaphor, comparing man to the sea, that he carries through the book. 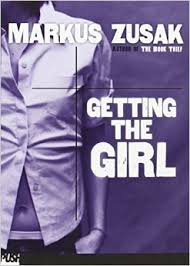 In Laurie Halse Anderson's SPEAK, a tree metaphor is established and carried throughout. Varian also notes that nothing should be unintentional in a novel, including the names of the characters. The names in speak are a great example of this. 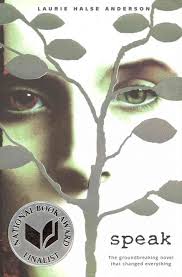 In EVERY TIME A RAINBOW DIES, Rita Williams Garcia uses a skirt to represent Ysa.

Advice: Don't feel so overwhelmed to get all the symbolism down in the first draft, even second and third.