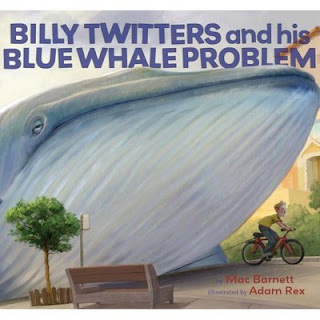 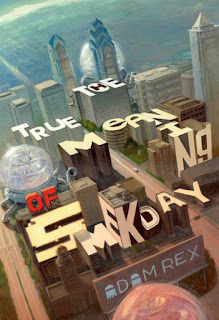 He writes AND illustrates. 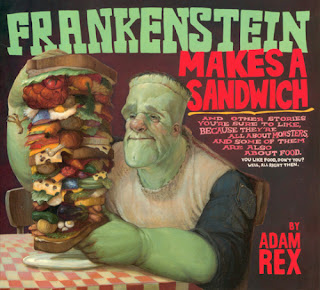 He does Board Books, 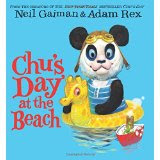 He does Picture Books, 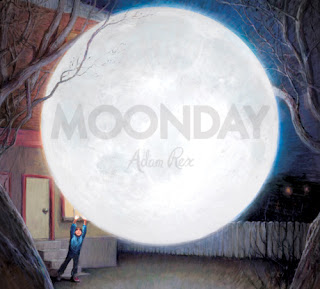 He Does Chapter books, 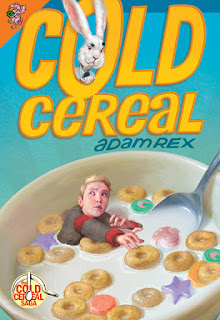 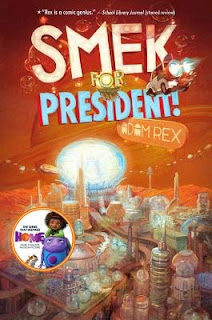 He even made his own bio laugh-out loud funny:

Adam Rex wrote and/or illustrated all the books you like including the New York Times best-selling Frankenstein Makes a Sandwich, the New York Times best-selling Chu’s Day, and also a number of titles about which the New York Times has been strangely coy. His first novel, The True Meaning of Smekday, was adapted this past spring into the DreamWorks feature film “Home.” Having your book get turned into a movie is like that section in L. Frank Baum’s The Wonderful Wizard of Oz where the woodsman systematically chops off all his body parts one by one and replaces them with tin. But in a good way? Like maybe with the heart still intact? This isn’t one of Adam Rex’s better metaphors. Visit www.adamrex.com.

Adam starts by sharing how it took him ten years of re-writing his "Moonday" story until he got it to work. From setting out to write something that made him feel the way a dream did to the book that was just published.

How he told a joke at a gathering about a school being afraid of its first day of children, and telling his agent the next morning. And having his agent insist that would be his next picture book. And Adam wrote that in an afternoon. (Here he riffs on the old Picasso quote: 20 years of learning and working and failing most of the time and succeeding more and more and eventually sitting down on one afternoon to write the book. So one afternoon plus twenty years.) "School's First Day of School" which he's written and was illustrated by Christian Robinson.

He talks about the combinations of images with text, and how we've imagined that less pictures means something is more for adults.

"In a mature society... we would have picture books for every age. ...It's not really a form that someone should grow out of."


He shares one of the best books he wrote that he says will never be published, "The Robot That Moe Bought." And tells us how doing that book dummy and one finished spread led to his being hired to illustrate his first picture book.

Adam shares his process for a number of his picture books, even showing us the sculptures he created to be able to draw the same characters, settings, and set pieces numerous times.

"My drawings are always better if I have something real to look at."


So if he doesn't have the ability to photograph a character (like he didn't for Frankenstein) then he sculpts it!

It's a fascinating window into what's similar about his process across books (breaking down the text, figuring out what's going where, thumbnails where he solves problems, sketching where he figures out the characters) and then what's different. And a lot is different – Adam changes styles and mediums seemingly for every book, trying to figure out the perfect way to tell each story.

The slides and Adam's repartee give us a behind-the-scenes look into how it all comes together, and it's so cool.

He finishes with a rap song, having us all snap along.