Molly Idle: How to Create Movement in Your Characters and Compositions 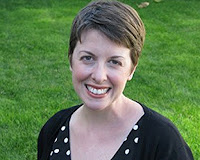 Molly Idle is the creator of the Caldecott Honor-winning, wordless picture book, Flora and the Flamingo. In her session, Idle's enthusiastic personality was a total joy—a good humor that is apparent in the books she illustrates. 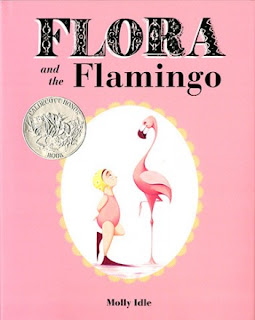 Basic shapes—circles, triangles, squares—can be used to create dynamic compositions. For instance, a triangle is a stable shape with opportunities to create three points of interest. (Show example of Rex). Circles are great compositional shapes too. For examples of compositions using concentric circles, Idle suggested seeing The Spider and the Fly, illustrated by Tony DiTerlizzi.

The use of directional compositions move a reader across the page, from left to right and back. Most times, she suggested, an illustrator will direct the reader to move with the page turn. However, there will be times to pull your reader backward, to really get their attention.

Sequence. Old school art instructors will advise to never use the same character more than once on a page. However, Idle suggsts breaking that rule. "The use of a character sequentially is a useful tool for creating animated movement on a page," she says, offering Marla Frazee's Mrs. Biddlebox a wonderful example.

•  Study anatomy. Learn how the joints in the human body move

• Avoid total semitry, or twinning. The body is not perfectly semetric, it's a system of counter balances.

• Get your reader in on the action. Idle suggested using flaps that open and close and allow the reader to interact with the book, as used in Flora and the Penguin and Flora and the Flamingo.