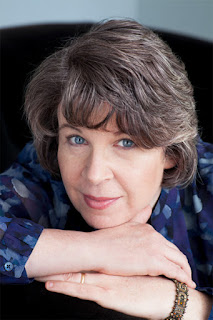 Meg Wolitzer has written novels that blow the minds of adult and young readers alike. Her adult work includes The Interestings, The Ten Year Nap, The Position, and The Wife.

Her YA novel is Belzhar, and for middle grade readers she has The Fingertips of Duncan Dorfman.

She talked to us about writing for both adults and younger readers.

She started by describing a horrible question people ask writers at parties: "Would I have heard of you?"

Her world involves going back and forth from one literary world to another.

Meg had a secret weapon in the fight to become a writer: her mother, an 85-year-old writer who is still publishing books.

"My mother was the only writer in town, and the exciting thing for me was that the checkout person would let us take out as many books as we wanted." 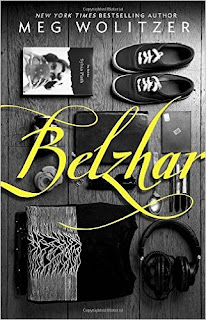 People often ask what's going to happen to books, but Meg feels encouraged. It's natural to see narrative all around in the world (including in one-celled amoebas). And the stories we tell are very reflective of us.

She gave us great advice about how we should approach our writing.

"Be who you are, but much more so on the page. That's how a book starts to take shape. That's how a writer develops," she said. "Write what obsesses you." 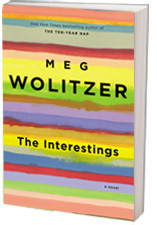 Another way to do this is to write the book you would have loved to read as a teen. She once had a book taken from her because it was for older kids, and it suddenly became irresistibly alluring.

She also had the help of others when she first started writing stories, which she'd dictate. One was about truckers, and included the dialogue, "Get on the rig, Mac."

Meg's mother also wrote for adults and for children, and began her work around the time the women's movement started. Meg also became a feminist. (One of her mother's first published stories was titled "Today a Women Went Mad in the Supermarket.")

Writing tortured Meg's mother, who typed on a quivering Smith Corona. But it showed Meg writing was something you could do. She did have to get over the sex scene her mother wrote in her first book—something she was teased for by the neighborhood toughs, who went into the store and bought something from the literary fiction section, which makes her laugh now.

She encouraged us not to be afraid of what we write, and not to avoid something that makes us feel uncomfortable. When she writes her adult novels, she doesn't think about audience, except that she's the ideal reader for her kind of books. She doesn't have to worry about any of the content or emotional complexity. All her adult editor wants is to know that the book is meeting the expectations Meg had when she set out.

When you write, you should be able to do it freely without fear of being judged or found lacking. And in one sense, she writes adult work for herself today, and kid lit for the person she used to be. She is mindful of making her work have a rhythm that will work for her readers.

With "Belzhar," she was looking to create what obsessed 15-year-old Meg, not just the arty summer camp girl, but someone who was waking up to an emotional world for the first time. It's inspired by Sylvia Plath's "The Bell Jar," which struck her hard when she read it.

It's about a girl who was sent to a school for emotionally fragile, highly intelligent teenagers. The students there are all reunited with the things they've lost, taking the short view of their sorrows. The characters she creates are filtered through her own humanness. It's taking them and making them us. We're all different, and every novel has lots of ways in. Points of view can vary.

But we should only write about what's important to us, she said.

"Write about what obsesses you because that is the one that people will identify with," she said, "and that will be one I definitely want to read.

Posted by Martha Brockenbrough at 2:53 PM