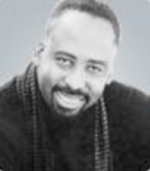 E.B. Lewis is correcting Lin as she does her intro for him 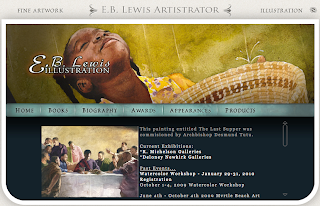 A screenshot of his awesome website, where you can see he uses the title Artistrator (which Lin says is a nice bridging of the artist vs. illustrator conundrum.)

E.B.: Being a writer or illustrator of children's books is an amazing thing. A beautiful thing. But author or illustrator is just a subtitle, our real title is: Artists. And when we become artists, we become scary people, we observe, we are critical thinkers, we try to shape and change minds. That's a lot of power. If you look back in history, we're the kind of people that get destroyed first.

E.B.'s putting a big elephant in the room: what feeds our passion to write and create art is inspiration. What happens when you don't have any inspiration or ideas? What happens when that dries up? For E.B., he had two and a half years of not feeling inspired or turned on by the work he'd been doing. 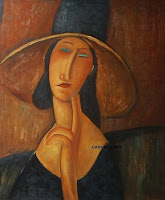 We see photos of him as a kid. And his uncle, who he credits with turning his life around. He enrolled E.B. in painting classes, talked to him about his paintings, took him to galleries, and bought him a book of Modigliani paintings, one of E.B.'s all-time favorite artists.

Slides of his art from the 1980s when he was not not sure what to paint, so he began documenting his life. He painted children playing outside, wheelbarrows, cheesesteakeries, 19th century slave safe houses, and Philadelphia neighborhoods in flux.

He relates the very impressive story of how he got an agent and got into the children's book world followed by a brief bibliography of his early books. So many great covers and stories.

And here's the book that won him the Coretta Scott King Honor this year: 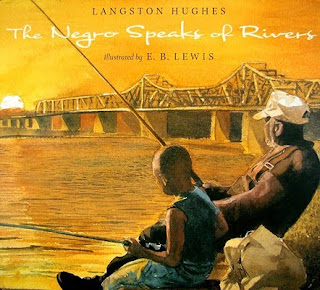 So, we've seen all these great books and art being produced by E.B., but all that hard work takes a toll. During those two and a half years that E.B. was trying to figure out how to reinvigorate his inspiration and passions, he decided, no matter what, he would:


Two of these three practices resulted in a moment where "the ceiling opened up and a pearl dropped," E.B. rediscovered his passion.

I've omitted so much great stuff, but if you have a chance to see E.B.'s exquisite paintings that he made in response to the moment above, I think you'll be as blown away by the power of his ideas and images as the conference audience was. A true artist.
Posted by Jaime Temairik at 3:12 PM