Steve Malk: How to Make Toast

Quick correction! Steve Malk of Writers House's talk is actually titled How To Make The Most of Your Picture Book Career in Today's Market: Writing, Revising, Submitting, Promoting, and Everything in Between.

Steve has a couple of big 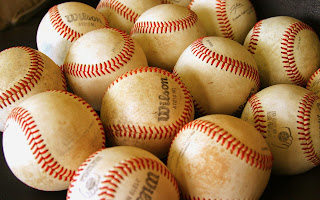 boxes of books that he’s giving away to attendees of this session! And handouts, including the Picture Book Proclamation.

Questions Steve gets asked on a daily basis: Is the picture book market okay? Can I have a viable career as a picture book maker? Is it okay to drink apple cider vinegar?

Steve says the answer to all of the above is a resounding YES.

"If I call 15 editors tomorrow and tell them I have the next great picture book, they’re not going to say no thanks, they’re going to be chomping at the bit to see it."

But the above market worries, those are all beside the point, says Steve, this is all about passion.

"You must feel compelled to create children's books, it’s not a passing fancy for you, you’re not doing it to make some quick cash."

Steve says making books that will impact and shape the rest of a child’s life is a big responsibility that shouldn’t be taken lightly. Steve is getting fired up now, and asks the audience to give him an AMEN.

We do! He moves on to his next slide: 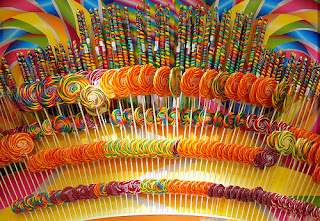 Steve's talking about LUCK. No one knows, it’s impossible to know, which picture books are going to sell and be great successes, and which ones are going to plop like the things that cats leave in litter boxes.

You can’t control luck, so don’t focus on that, says Steve, make your own luck by working hard, being patient, and working straight from the heart.

Raise the bar on yourself, says Steve. And rock your OWN world, I’m sure he would add.

SLOW DOWN, says Steve, follow Cynthia Rylant’s advice of making every word sing, and Marla Frazee’s practice of making a dummy over and over again until it is perfect.

I'll leave you with one final Malkism: "Control your work, don’t let the work control you." This is especially important for ventriloquist dummies and exorcists to remember, too.
Posted by Jaime Temairik at 5:00 PM